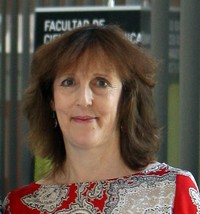 The move to digital platforms and screen-based interactions has often been viewed as enhancing efficiency and streamlining administration. During the pandemic, such affordances made it possible for legal and administrative operations to keep going in many countries. Online dispute resolution has also become increasingly popular. However, it has also become apparent that the move to online platforms and video-based operations poses certain challenges. Digitalisation of procedures might exclude vulnerable members of society, or make it more difficult for them to participate. The use of video in judicial procedures has been problematised. Moving dispute resolution online also brings about changes in the way people communicate. This paper will outline some challenges and opportunities for legal linguists in researching the ongoing transformation of communication practices in judicial procedures, ADR and administration.

Ruth Breeze is Full Professor of English at the University of Navarra, Spain, and PI of the Public Discourse Research Group in the Instituto Cultura y Sociedad. Her most recent books are Pandemic and Crisis Discourse: Communicating COVID-19 and Public Health Strategy (with Andreas Musolff, Bloomsbury, 2022), Teaching English Medium Instruction Courses in Higher Education (with Carmen Sancho Guinda, Bloomsbury, 2021), and Imagining the Peoples of Europe: Populist Discourses across the Political Spectrum (with Jan Zienkowski, John Benjamins, 2019). 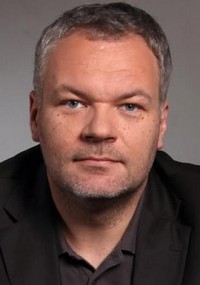 The legal conceptual scheme includes numerous abstract concepts such as ‘obligation’, ‘legal person’, ‘claim’ or ‘guilt’. In the talk, various theories which aim at explaining the nature and function of abstract legal concepts will be assessed and rejected, including the ‘semantic emptiness’ reading by A. Ross, the inferential conception (G. Sartor) as well as the metaphorical approach based on the work of G. Lakoff.

Also, a competing explanation will be provided, one rooted in the dual coding theory and underlining the role of abstract legal concepts in the interplay between thinking in language and using imagination (mental simulation) in solving legal problems.

Bartosz Brożek specializes in law, philosophy and cognitive science. He is a full professor at the Department for the Philosophy of Law and Legal Ethics at the Jagiellonian University in Kraków, and the Director of the Copernicus Center for Interdisciplinary Studies of the Jagiellonian University. His areas of research include law & cognitive science, rationality & argumentation, normativity, legal methodology, philosophy & cognitive science of mathematics, philosophy of science. He is the author of 25 book monographs and more than 100 research papers, including The Methods of Legal Reasoning (Springer), Rule-Following (Copernicus Center Press) and The Legal Mind (Cambridge University Press). 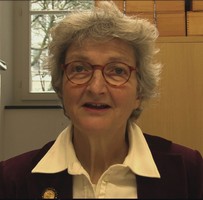 As the visualization, audiovisualization, and multisensorization are important topics of digital law, she undertakes further relevant research. Specifically, she explores in greater depth whether and how visual, audiovisual, and ultimately multisensory legal design might have positive impacts, be it at a cognitive, an emotional, and a motivational level. 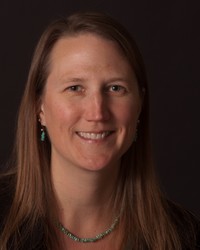 Title of the talk to be announced

Tammy Gales is an Associate Professor of Linguistics and the Director of Research at the Institute for Forensic Linguistics, Threat Assessment, and Strategic Analysis at Hofstra University, New York. Her research interests cross the boundaries of language and the law and forensic linguistics, where she applies corpus and discourse analytic methods to the interpretation of meaning in legal statutes and to disputed meanings in trademark cases, and to the examination of authorial stance in threatening communications, parole board hearings of disadvantaged populations, cross-examinations of assault victims, and questioned confession statements. Gales has trained law enforcement from agencies across Canada and the U.S.; has served on the Executive Committee for the International Association of Forensic Linguists and the Law and Corpus Linguistics Consultancy; and is co-editor of the new Elements in Forensic Linguistics series from Cambridge University Press.

Insincerely Yours: How to Unwarrant Truth

As is often observed (Carson 2010, Stokke 2018, Marsili 2021), to lie or commit perjury one must assert, and to assert one must warrant the truth of what one says. A speaker is normatively accountable for what she asserts, subject to modulation or negotiation (Haugh 2013). But if speaker S, knowing p is false, utters p in a non-truth-warranting context—if S is joking or being sarcastic, if S is rehearsing a script, arguably if S is speaking under threat or duress—then S makes no assertion, practices no insincerity, and does not lie. On commitment-based theories of assertion (Peirce 1932, MacFarlane 2011, Geurts 2018), such a speaker might be said to unwarrant or uncommit to the truth of p. Speakers, especially on the political stage, invoke the sarcasm defense as a get-out-of-accountability-free card, often citing a purported indicator of insincerity accompanying the critical utterance. But the proffered plausible deniability is often implausible, and sometimes legally in doubt. What criteria can be applied to evaluate the credibility of the sarcasm or “only joking” defense, especially when made retroactively? In this talk, I survey and evaluate a set of devices for signaling insincerity across different genres—casual conversation, political speech, testimony under oath—from the 17th century (equivocation, the doctrine of mental reservation, crossed fingers) to our own times (winks, utterance-final “NOT”, the use of sincerity-canceling markers like <jk> and /s in social media posts).

Laurence R. Horn is the Immediate Past President of the Linguistic Society of America. He received his PhD from UCLA in 1972. His dissertation, On the Semantic Properties of Logical Operators in English, introduced scalar implicature. Since then, he has sought to extend the Gricean program for non-logical inference to a class of problems in the union (if not intersection) of logical and lexical semantics and the analysis of negation. Since 1981 he has been at Yale University where he is now Professor Emeritus of Linguistics and Philosophy; he previously taught at UC Berkeley, USC, Wisconsin-Madison, and Aix-Marseille; at LSA Institutes at Stanford, UC Santa Cruz, Illinois, and Michigan State U; and at the LOT summer school at Utrecht. He is the author of A Natural History of Negation (Chicago, 1989; reissued with new introduction by CSLI, 2001) and of over 100 papers and handbook entries on negation, polarity, implicature, presupposition, grammatical variation, word meaning, lexicography, and lying. He edited The Expression of Negation (De Gruyter, 2010) and From Lying to Perjury: Linguistic and Legal Perspectives on Lies and Other Falsehoods (De Gruyter, 2022) and is a co-editor with Y. Kato of Negation and Polarity (Oxford, 2000), with G. Ward of The Handbook of Pragmatics (Blackwell-Wiley, 2004), with I. Kecskes of Explorations in Pragmatics (de Gruyter, 2007), with R. Zanuttini of Micro-Syntactic Variation in North American English (OUP, 2010), and with K. Turner of Pragmatics, Truth and Underspecification (Brill, 2018). With Raffaella Zanuttini and Jim Wood, he is a charter member of the Yale Grammatical Diversity Project (https://ygdp.yale.edu/). He was editor of the Garland/Routledge series of Outstanding Dissertations in Linguistics (1995-2005). A longtime member of the LSA and the American Dialect Society, he is an elected fellow of the LSA and twice served on the Society’s Executive Committee.